The Dire Need for Lifeguards at Community Pools 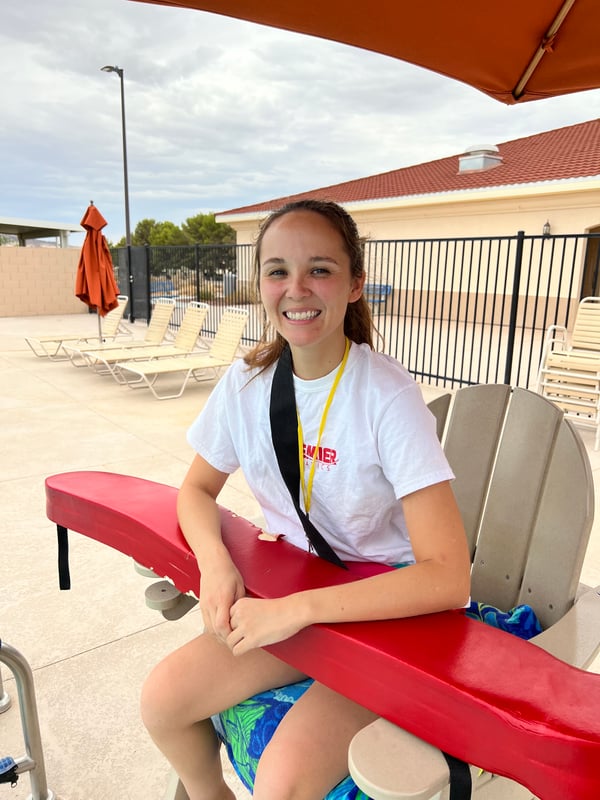 If you have a community pool that is not guarded by a lifeguard, you may want to consider bringing the idea up at your next HOA meeting. According to this article in the Orange County Register written on September 23, 2022, “Someone drowns in Orange County every 9 days! In fact last year was the second-worst year on record.” An interesting coincidence about that statement is that last year, there was also a lifeguard shortage. If we connect the dots, perhaps hiring more lifeguards can change those numbers and therefore it is the right thing for community HOAs to do. HOAs spend money to protect the community with security guards, gated entrances, fences around the pool and security cameras, etc. Wouldn’t it be logical to have a lifeguard watching the pool as well? After all, being around water can be considered a risky activity especially if people are being careless or don’t know how to properly swim. It especially makes sense to hire a guard during the very hot summer months when the pool is bustling all day with both old and young trying to have fun and keep cool at the pool.

Speaking of the old, myself included…“The biggest surprise in compiling the statistics for last year was the number of drownings involving people 50 and older: 19.” So, this means it’s not just kids messing around too much or not knowing how to swim that are needing to be watched, but older folks too. Regardless, hiring a lifeguard at the community pool brings a sense of protection no matter who is at the pool. And this includes having safe behaviors both in and out of the water, like no running or diving in the shallow end, etc.

Another interesting statistic is that although you would think that most of the deaths would have occurred in beach cities…“The two cities with the highest number of near-drownings? Surprisingly and significantly, neither was a beach city. The city with the most non-fatal and fatal incidents was Irvine, with two deaths and 10 near-drownings. Santa Ana was second, with one death and nine near-drownings. Here’s what’s worrisome- there is no way of knowing how many near drownings were never reported to authorities. It doesn’t get better. There were 44 near-drownings, many of which resulted in permanent brain damage. Surely, we can agree that the cost of quality of life far outweighs any cost of hiring a guard.

Then there is the interesting fact that it wasn’t beach cities that had the highest numbers of drownings and near drownings. I can’t help but think that although beach cities may tend to have more water activities because of the ready access to beaches and pools, the people living there tend to also be more vigilant about getting swimming lessons because of them. Thus reflecting a lower drowning number. Having grown up in Huntington Beach, my parents gave me and my siblings lessons from a very young age. Going to the beach and to pool parties was just a part of my life, as common as  going to the park or school. So this shows the crucial nature of swimming lessons as the first line of defense against drowning. But having a lifeguard standing by in case something goes wrong can mean the difference between life or death or even loss of quality of life.

So it’s great that HOAs are always trying to see how much money they can save, but perhaps they would serve the community better if they would also consider how much better they could keep their members safe. So ask your HOA to consider hiring a lifeguard. Then contact Premier Aquatics and let us provide you with a highly trained and reliable lifeguard to help protect you and your loved ones at the pool. Then you can be at ease, because in actuality, what you are really buying is peace of mind, and that of course is priceless.