The Best Advice I Have Ever Received

I’ve been a swimmer my entire life. My parents put me in the pool in our backyard as soon as the doctor said it was okay – I was just a few weeks old. I learned how to swim at a very young age, joined the swim team at 7 years old and kept swimming through college. During my high school years, I spent more time at practice with my swim coach than I did with my own parents.  To say that swimming is a part of my identity is a vast understatement.

Throughout my life, I dabbled in other sports but never got the hang of them. I didn’t feel as comfortable on the lacrosse or soccer field as I did in the water. The coordination that gymnastics required didn’t come as easily to me as the coordination needed to swim. And in my P.E. classes at school, I hated running. I was always one of the slowest in my class and it was embarrassing to still have one lap left when the rest of my classmates were already in the locker room getting ready for their next class. I was relieved when all of my P.E. requirements were finished; I would never have to run again!

Fast forward to my second year in college. I was a swimmer on the Chapman University swim team. I was in the best shape of my life and was preparing to compete for a top spot in the 200 butterfly and 400 IM races at our championship swim meet. One week before the swim meet was scheduled to begin, however, everything I had been working towards came to an abrupt halt. I woke up with pain in my ear and the doctor told me that I had a blister on my eardrum and that getting in the water could be dangerous. He told me that if the blister ruptured while it was wet, I could lose my hearing or get a raging infection that could necessitate surgery. While part of me wanted to take the risk so that I could continue to train for the championships, I knew that my health had to come first. I told the doctor that I would be back next week, the day before my swim meet began, so that he could clear me to be in the water. My swim coach, Dennis, gave me some exercises to do on land so that I could hopefully still be in peak shape for my races. He had me running a little bit and I didn’t mind that much because I was determined to do well.

When I went back to my doctor, I was told that the blister was still there and that I would likely not be able to get in the water for another 3 weeks. I was devastated that I wouldn’t be able to compete in my races over the next couple days. Dennis tried to cheer me up by telling me to sign up for a half marathon. I told him that he was crazy – I was only running this past week in the hopes that I would be able to get in the water again for the swim meet. I still had trouble finishing one mile of running without stopping. He sat me down and told me, “You are a strong athlete. Develop a plan and stick to it. You can finish 13.1 miles.” So, with his help, I developed a training plan and started running multiple times a week. Ten weeks later, I ran for 13.1 miles straight, finished 16 minutes faster than my goal time, and even beat Dennis, who had signed up with me. I had never felt more accomplished in my life. The advice that Dennis gave me – develop a plan and stick to it - helped me get through what I thought would be the hardest couple hours of my life. 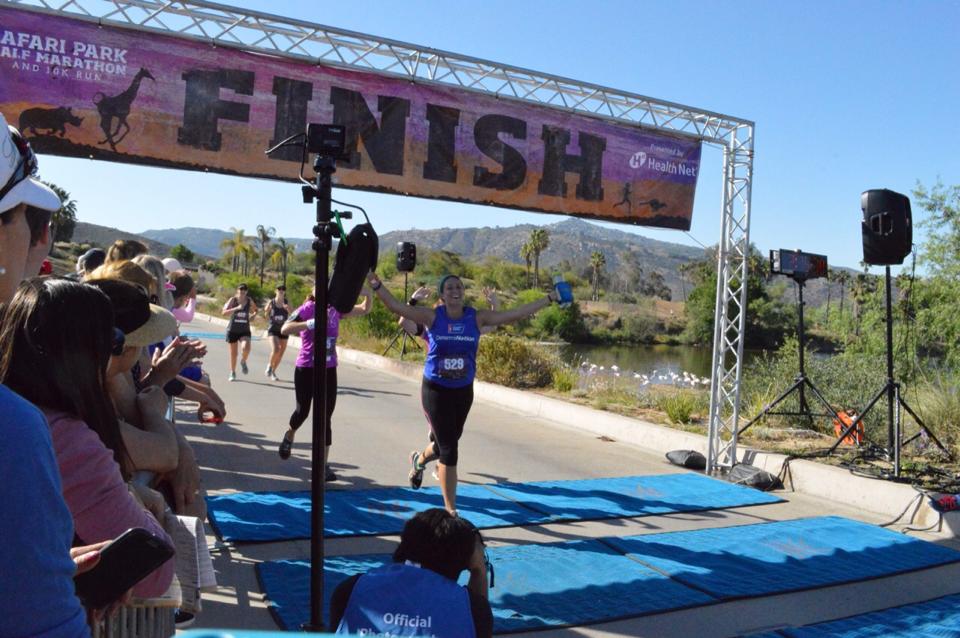 Now, six years later, I have completed three half marathons and I am training to compete in my first full marathon (26.2 miles!) later this year. I still prefer swimming to running, but running reminds me that I can achieve anything that I set my mind to. When I get discouraged with anything in my life, I simply remind myself to develop a plan and stick to it. Something may seem impossible at first, but with a little hard work and dedication, anything can be achieved.